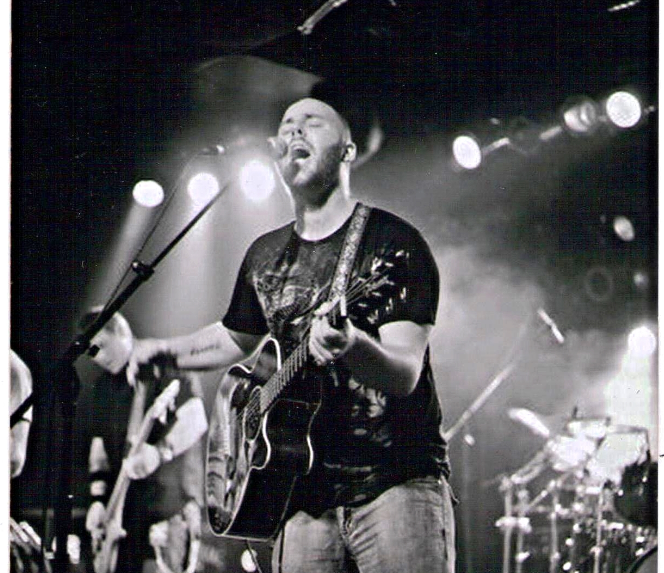 On January 1st, 2014, Allen J Whitt Jr.’s life was cut tragically short when when he was killed by a single gunshot. The perpetrator was a young man who chose theft and violence as a way of life.

Allen had a gift and passion for music and the guitar and so it seemed only fitting that his mother, Donna Hammond, would honor Allen’s name through the creation of the Maryland chapter of the Guitars not Guns Music Program, formally known as “Allen’s Gift”.

In honoring Allen through Guitars not Guns, his family hopes that Allen’s gift of music will continue to be heard and will lend a hand in helping at-risk youth make better choices in life.

Allen was the most amazing person ever! Always smiling, happy, and goofing around even in bad situations he would be so positive in the midst of it all. He was so encouraging and uplifting! He loved to play his guitar, write and sing music and I remember one time when visiting his sister seeing him fall asleep cuddled up to his guitar.
Allen had a passion and love for music that started at a young age and carried into his adulthood. Never a day went by that he did not play and every family event his family was surrounded by his voice and the strumming of his guitar. It wasn’t just the music Allen played that would draw people near and far, it was who he was as a person that captured his audience.

His passion and drive to succeed as a musician took Allen places he never thought possible. He found himself playing with some of the greatest bands and in cities all over the U.S. The moment he was heard on the radio his family knew his dreams had come true. The stage is where he belonged and it is where he will remain. His talents gave him an opportunity that most will never know.

Allen’s talent for music was a gift, a gift he used to help both family and friends. His annual band performance at the local zoo raised money to save countless animals. He performed for charities and families who lost their loved ones. The family’s favorite memory was when he rallied his peers, teachers, and school to put on a performance to raise money for his girlfriend who was diagnosed with cancer. It was moments like this one that shaped who Allen was in life and how his memory would be cherished.

The board of the Maryland chapter, Allen’s Gift, is comprised of his loving family that includes his mother, Donna Hammond, aunts, and sister. They’ve taken the tragedy of Allen’s death and have turned into a message of hope. Hope that perhaps through the Guitars not Guns Music Program they can help shape the lives of troubled youth and give them an alternative to violence so that another innoncent life might be saved.

How You Can Help

You can visit Allen’s Gift website for information on how to volunteer if you happen to live in the area. If you don’t live in the area, you can still always make a donation directly to their chapter and help them in their mission to spread love instead of violence and to help keep the memory of Allen J. Whitt Jr. alive.