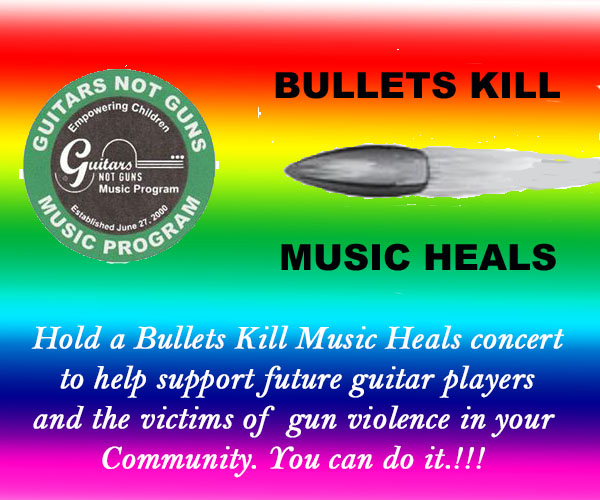 According to the National Vital Statistics Reports released this year by the U.S. Department of Health and Human Services, more than 33,000 Americans were killed by guns in 2013. This includes more than 21,000 suicides and more than 11,000 murders. In fact, gun violence was the leading cause of all injury-related death in 2013, accounting for 17.4%. In addition, 73,000 more Americans were wounded by guns.

Stand with us against gun violence and show support for victims of gun violence in your community by holding a “Bullets Kill, Music Heals” concert. You can do it! Contact us for help on getting started!